Get this: Fungus can make trash smell like strawberries

window.tadmPageId = '409682'; Get this: Fungus can make trash smell like strawberries 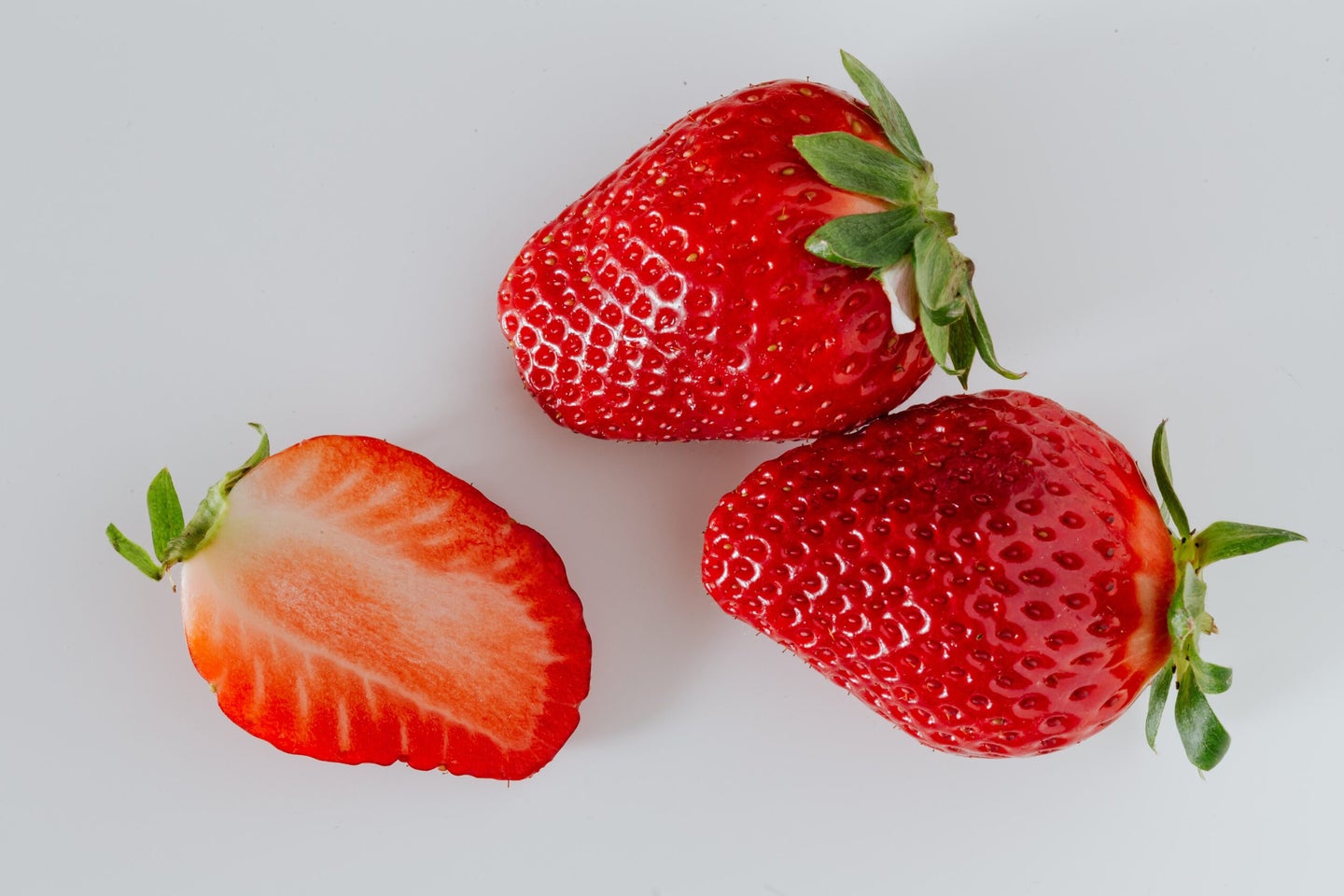 You might not think of mushrooms as great cooks. But fungi, as it happens, could be a wonderful way to make flavors. By using fungal enzymes to transform other biological material, it’s possible to create some rather pleasant aromas.

Scientists have found a way to generate a potent wild strawberry scent by allowing one particular fungus to work on the pulp, seeds, and skin of black currants, a type of berry commonly grown in Europe. They published their results on November 17 in the Journal of Agricultural and Food Chemistry.

Their motivation was to cheaply reuse agricultural waste, converting it into “natural flavors in a highly sustainable way,” says Helgor Zorn, a food scientist at the Institute of Food Chemistry and Food Biotechnology at Justus Liebig University Giessen in Hesse, Germany, and one of the researchers.

A few examples of scent-making fungus already exist: yeast, for instance, are used to make phenylethanol-2, a chemical with a rose aroma. Zorn and his colleagues had previously used a different fungus to create coconut and mint scents. And although they aren’t fungi, certain bacteria are used to mass-produce vanillin, which forms the base of vanilla extract.

But, so far, the group of fungi Zorn and his colleagues are exploring—which includes mushrooms and other so-called higher fungi—haven’t been commonly used. To help change that, the researchers grew several hundred different fungal strains on a particular sort of agricultural waste.

When fruits such as black currants are pressed into juice, the process leaves behind a medley of pulp, seeds, and skin called pomace. This agricultural waste is rich in fiber, proteins, and sugars, all of which provide ample fuel for fungi to ferment. Fruit producers tend to view pomace as scrap material, so it’s frequently turned into animal feed or biogas—that is, if it isn’t disposed of entirely.

Once the fungi developed, the scientists used a well-proven way to judge aromas from the fermented material. “We just smelled the plates to see what kind of flavour develops,” says Zorn.

[Related: 11 percent of food waste comes from our homes]

“For some [plates], it was really ugly,” says Zorn, “and for some, we detected a highly pleasant and appreciable flavor.”

One of those plates seemed to emit a sweet strawberry smell. Growing on the plate was Wolfiporia cocos, an edible fungus found on wood in forests. This fungus is known to practitioners of traditional Chinese medicine, who believe it can calm the mind and promote urination.

The scientists’ next step was to identify the compounds that caused the strawberry scent. When you smell a scent, you’re really smelling a combination of specific molecules, or compounds, with obscure names such as (R)-linalool, methyl anthranilate, geraniol and 2-aminobenzaldehyde. All four of these are found in wild strawberries, and all four were identified by the scent-judges.

Then, the researchers used artificial versions of those four compounds, combining them into a completely artificial scent. They passed that cocktail back to the smelling panel, who judged it to be very similar to the strawberry aroma from the fungal medley.

“As far as I’m aware, there is no alternative biotechnological route that’s commercialized” to create the scent of wild strawberries, says Zorn.

Zorn says that they’ve patented the result, which has been acquired by a company that plans to scale it up for mass-production: a necessary step to get this into food. And if and when it does, customers in the European Union may see “natural flavor type wild strawberry” in food labels, Zorn says, all thanks to Wolfiporia cocos.

Rahul is a freelance science journalist, graduate of NYU's SHERP, and Doctor Who fan. Contact the author here.